We provide post-extrusion services which preserve the quality of the extruded product during handling and cooling, thanks to a careful and protective design. If the objective is to produce a high-quality drawn bar, it is essential to start from a defect-free bar. For this reason, over the years C.E.I. has developed a wide range of cooling plate layouts. Depending on the type of product, we can provide many devices, including: roller conveyors, extractors and conveyor belts. We can produce traditional cooling beds with eccentric movements, or more innovative ones, with rectangular movements, which are more versatile and free from movement variation over time, well known by the experts, caused by camshaft wear. Together with the cooling bed, we can provide innovative solutions for the storage of extruded bars, in order to manage the space more efficiently. 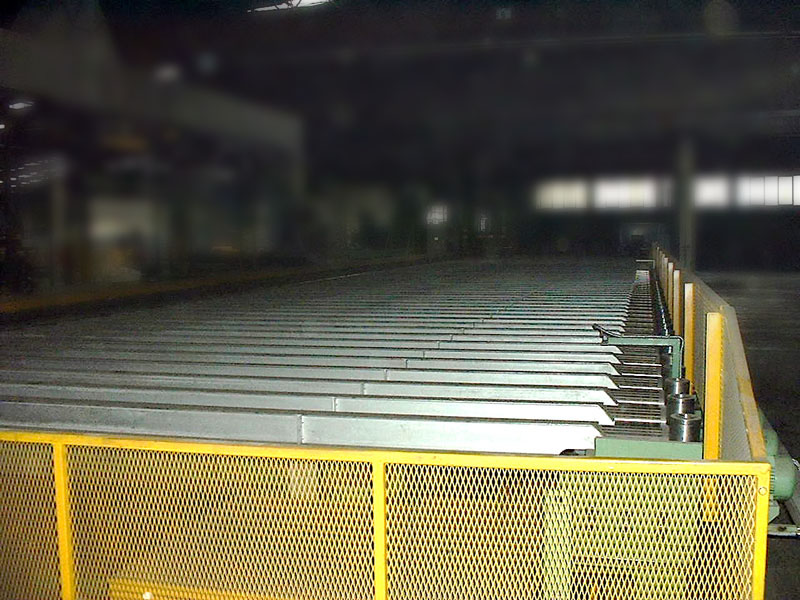 Generally, the bars cooled on the plate are very long, up to several dozens of metres. As a consequence, their handling can be difficult. Some customers opt for the division of the bars into pieces of a certain length, which are optimised to feed the drawing plants. C.E.I. offers several types of band and circular saws, together with special clamps to hold the bar. The systems are customised in accordance with the customer’s specific requirements and several adjustments are made depending on the geometry and the linear weight of the bar. The measurement of the piece to be cut is carried out with electronic systems equipped with lasers. Upon request, we can also supply more traditional and less expensive measurement systems, which consist in an electronically-controlled translational latch, placed with a ball screw system. 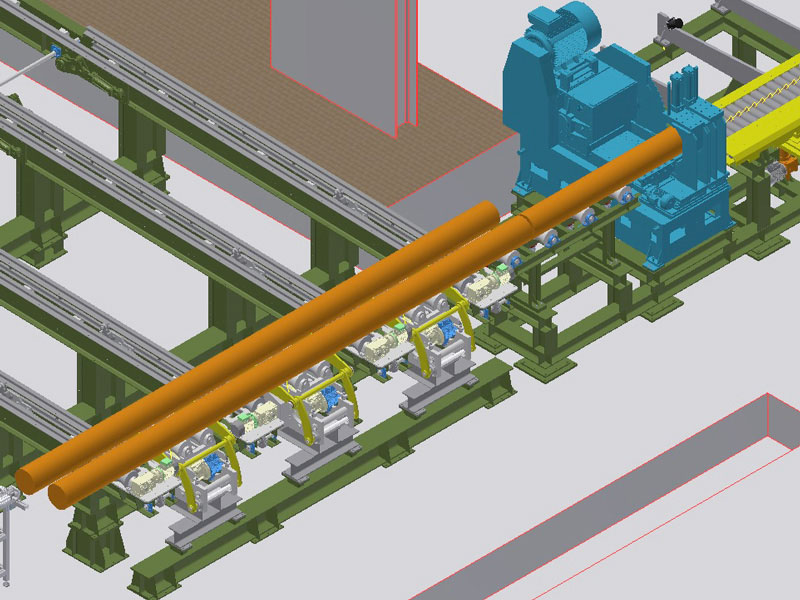 C.E.I. offers a winding system which operates starting from an extruded brass bar. Our systems process the incandescent bar coming out of the press, with a cross-section ranging from ø20 to ø100 mm. The winder reels are equipped with a 360-degree rotating platform driven by an electric gear motor. Moreover, the system is accompanied by special grooved rails, in order to direct the outgoing bar towards the rotating cylinder of the winding machine. The most popular system is the one with two platforms, because it minimises the gap between the end of the extrusion and the beginning of the following one. The system is designed in accordance with the length and the cross-section of the bar to be winded, in order to meet the customer’s specific requirements. Generally, C.E.I. offers two different systems: with or without a container. After winding, the first one cools the coil inside a container, while the second one moves it into a cooling bed. 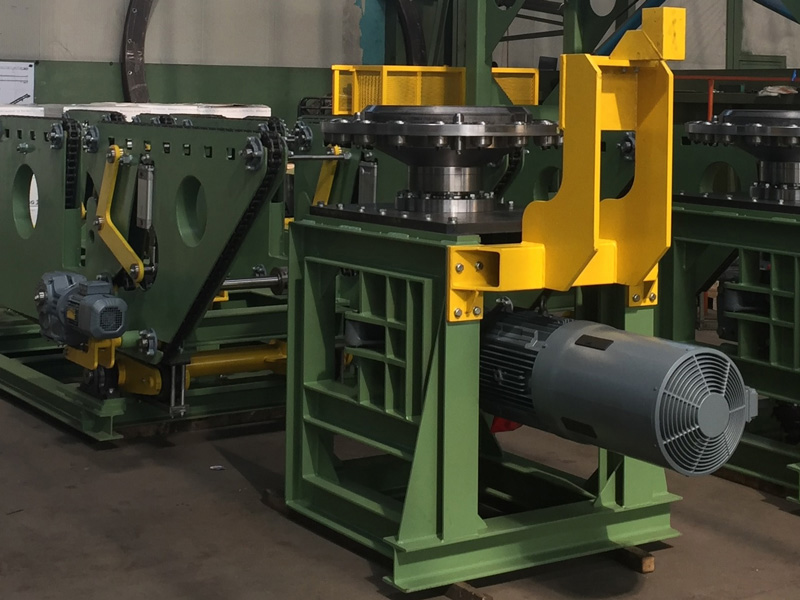 The coil winding system cannot be separated from the coil cooling system. In fact, the coils produced by the winder reels need to be cooled, whether they have been moved with or without a container, prior to the following wire-drawing stage. C.E.I. offers two systems which have been designed to cool the coils and avoid ruining the bar surface. The first system consists in a vacuum cooling cabin, inside which the coils are moved. The second one consists in an overhead catenary, together with a group of fans. The containers with the coils are moved for a certain distance until they reach the expected temperature. 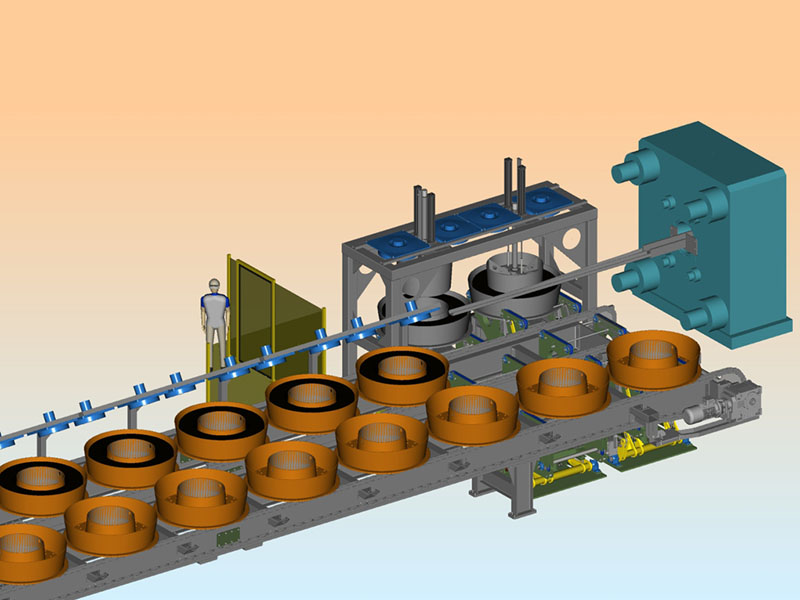 Generally, the cooled coils are stored on the floor or hung on brackets. Some customers have adopted an automatic transport system, which moves the coils up to the wire-drawing lines. In this case, it is better to hang the coils on brackets, in order to make the automatic collection easier. C.E.I. can provide several storage solutions, together with brackets of different shapes and dimensions, customised to hold the weight and, above all, optimise storage and collection operations. 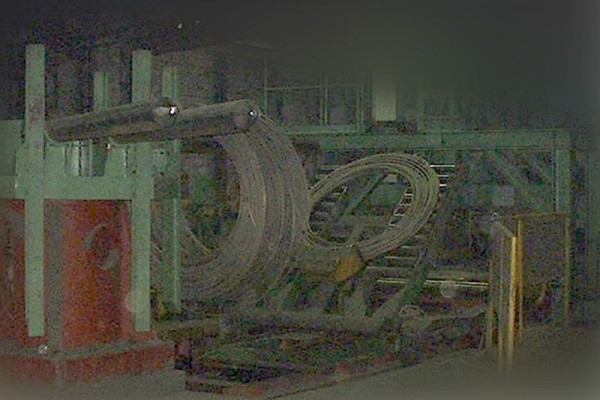 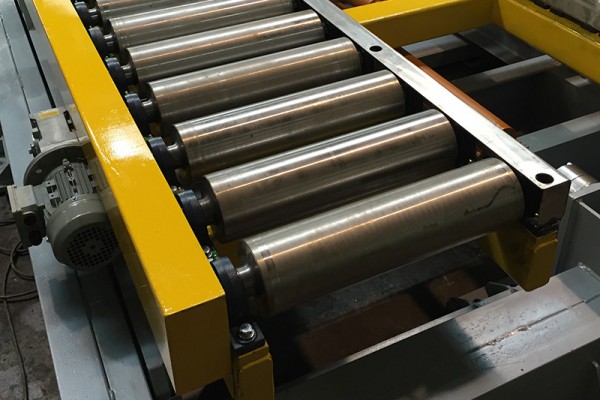 We have noticed that where there is an extrusion press, the expulsion of the die from the die holder becomes a problem, because the aluminium, solidifying, sticks various pieces together. This deformation (and misalignment) prevents the die from being removed easily. At this critical stage, the operators endanger themselves to hit the die with improper hand tools, like iron bars and sticks, damaging and cracking it. In some cases, a hydraulic jack is precariously converted into a homemade equipment to perform this task, ignoring the minimum safety criteria. To meet this need, C.E.I. has designed a machine which makes the expulsion of the die from the die holder easier. The operation is completely safe for both the operator and the die. The machine is equipped with an expulsion cylinder and a contrast one, which hold the die fast and then drag it out of the die holder. The cycle is automatic, hence it is easy and safe. The operator only has to place the die and the die holder, close the security gate and push a button: at the end of the cycle, they open the gate and collect the die holder on one side and the die on the other. We can provide a die removing press equipped with a shear, which cuts the scrap protruding from the die. Removing it, it will be easier to let out the material which would otherwise solidify and remain in the die cavity. 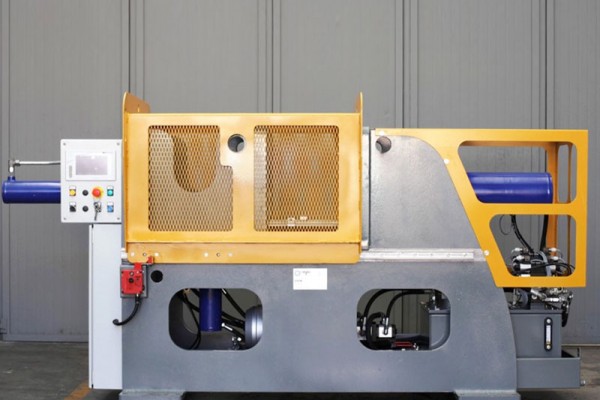 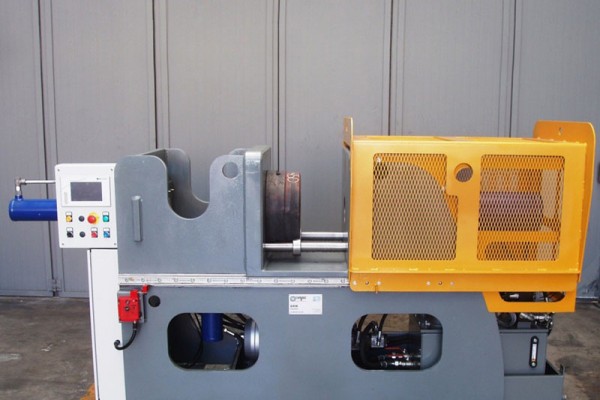